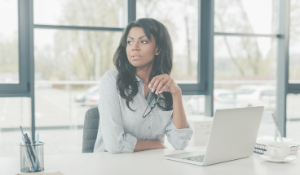 4 Ways to Move Your Team from Languishing to Thriving

In a recent conversation with a leader we work with, a concern he raised really caught my attention. He said, “My team seems to be doing the best they can, but I don’t get a sense that they’re flourishing.”

We discussed some of the ramifications of remote work and hybrid schedules that the pandemic has forced. We talked about the additional effort involved in pursuing unity as a team in the aftermath of an increasingly divisive political and social season. And we acknowledged that the unpredictability of the last months have caused a level of fatigue, a depletion of reserves that is truly unlike anything we’ve led through before.

And a few days later, I read an article by organizational psychologist Adam Grant in the New York Times called,"There’s a Name for the Blah You’re Feeling: It’s Called Languishing." And he defines exactly what my client and I had been discussing. Here’s how he describes it:

Languishing is the neglected middle child of mental health. It’s the void between depression and flourishing — the absence of well-being. You don’t have symptoms of mental illness, but you’re not the picture of mental health either. You’re not functioning at full capacity. Languishing dulls your motivation, disrupts your ability to focus, and triples the odds that you’ll cut back on work.

It is a theme that’s more prevalent than we had realized, and it’s critical that we as leaders pay attention to how languishing may be affecting us and those we lead. There’s an opportunity for self-awareness and self-leadership here. That is the focus of my podcast this week. But there’s an additional opportunity to lead with organizational self-awareness. It’s the responsibility of the leader to maintain awareness of the health of your company culture. Are your team members struggling with lack of focus, diminished motivation, or decreased productivity? Are they languishing? The answers to these questions will allow you the type of organizational self-awareness that positions you for growth.


But awareness without action is useless. What can you do to lead your team through a season of languishing?


4 Ways to Move Your Team From Languishing to Thriving

1. Reconnect them with purpose.

There is no better time to revisit the mission and vision of your organization. To share stories about the lives that are changed as a result of your work. To encourage them to find where their unique gifts and strengths intersect with the mission you are pursuing together.


Whether it’s instituting the type of uninterrupted blocks of time that Grant references in his article or reevaluating your meeting schedule, give those you lead the gift of protected focus.


3. Teach them to set small goals.


As Grant mentions, “The most important factor in daily joy and motivation is a sense of progress.” Teach them to track, measure and celebrate their progress as the win it is. Even if the forward motion is slight and feels small.  It becomes cyclical and self-perpetuating. It builds on itself.


In your next one-on-one meeting with each individual you lead, ask what you can take off their plate. Ask what they could stop doing to make time and space for what makes the most impact. Then, if possible, make a plan together to act on these ideas.

These few questions coupled with some focused attention will not necessarily change the state of those who feel like they’re languishing immediately. But when applied consistently, they will make incremental shifts toward flourishing. And they will allow your team to feel seen and valued, a baseline element of a healthy organizational culture.

Jenni Catron is a writer, speaker, and leadership coach who consults churches and non-profits to help them lead from their extraordinary best. She speaks at conferences and churches nationwide, seeking to help others develop their leadership gifts and lead confidently. As Founder and CEO of The 4Sight Group, she consults with individuals and teams on leadership and organizational health.

Jenni is the author of several books, including Clout: Discover and Unleash Your God-Given Influence and The 4 Dimensions of Extraordinary Leadership.